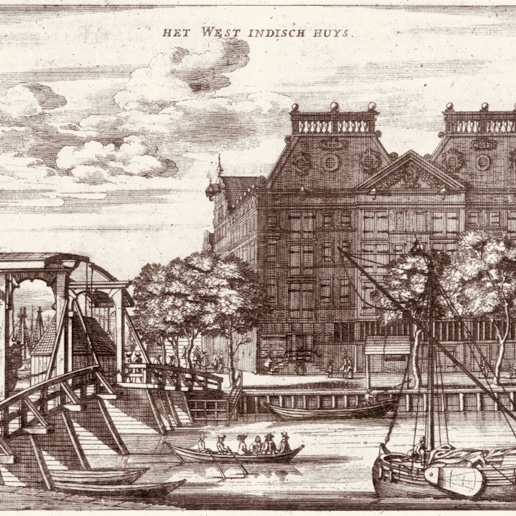 One of the first international trade & investment companies.

The Dutch West India Company (WIC/GWIC) was a Dutch trading company organized on the model of the Dutch East India Company (VOC). The WIC was granted an exclusive trading patent for trading in West Africa and America in 1621. One of the goals of the WIC were armed raids on Spanish ships in the Americas to finance the war against Spain. In 1671 the WIC’s charter expired.

In 1674 the WIC was completely reorganized. In the second period from 1674 to 1740, 383 slave ships were on the move for the company. The Atlantic triangular trade began in one of the Dutch ports with the west coast of Africa as its first destination. Declining income and financial problems of the WIC lead to the Company’s termination in May 1791.

The WIC’s most notable achievement was the establishment of the New Netherlands Colony in 1624, including the city of New Amsterdam, now New York, established in 1626 on the southern tip of Mannahata. Thanks to the economic driven WIC the North American Colonies engaged early in commercial distilling being a profitable commodity. Read more.