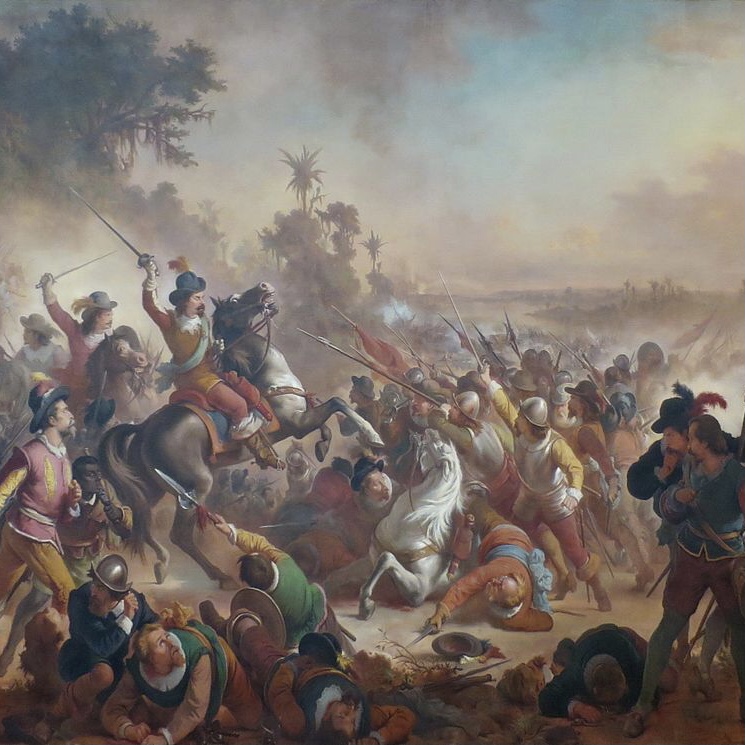 The “Groot Desseyn” by the Dutch

At the time the Dutch West India Company (WIC/GWIC) was founded in 1621, the so called Twelve Years’ Truce ended between the Dutch Republic and Spain. The Dutch developed the Groot Desseyn (“grand design”), an economic strategy to seize the Spanish/Portuguese colonies in Africa and the Americas to break the profitable Portuguese monopoly on sugar and slaves and capture the silver of Spanish Colonies in the Americas. With the founding of the WIC one of the major goal within the Company was privateering in the Caribbean. Almost all Dutch ships in 1623 had between 40 to 50 soldiers on board to assist in the hijacking of enemy ships.

With the Dutch attacking Pernambuco colony and establishing of Dutch colonies in South America (1630-1654), the Dutch initiated an important knowledge transfer breaking the Portuguese sugar monopoly for good. Read more.