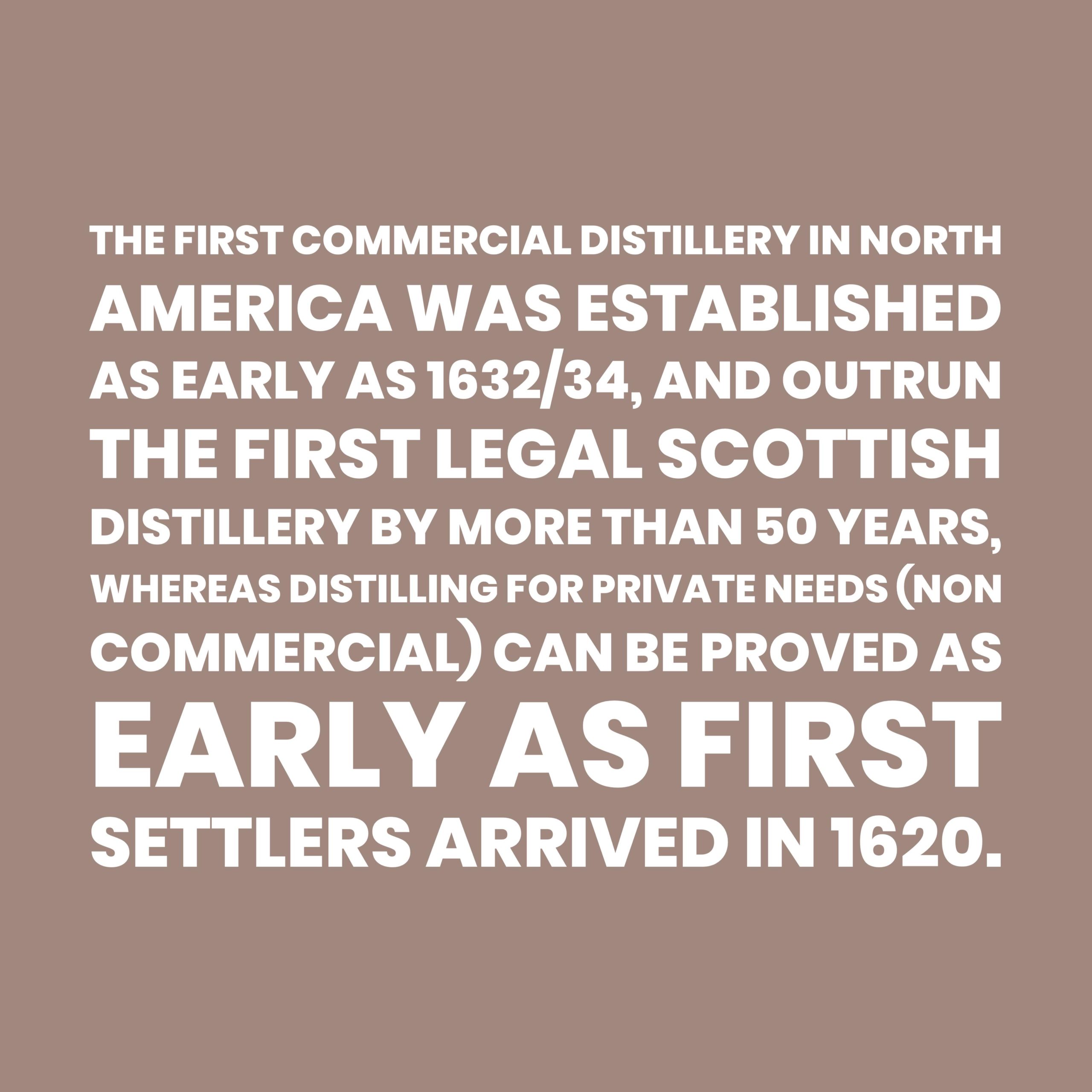 Jacob Albertsz Planck became the first commercial distiller in North America in 1634 as Kiliaen van Rensselaer granted him distilling rights in 1632. He distilled excess grains and fruits at Fort Orange with the goal to distill Brandy, and/or other spirits for trading with the New Nederland West India Company, the savages or as he saw fit.
Read more in “Commercial distilling in North America“.

Ferintosh distillery became in 1690 the oldest legal distillery in Scotland. The Cromwell-supporting Forbes family of Culloden was not entirely popular, and it is estimated that the Forbes family may have commenced brewing and distilling at Ferintosh soon after they purchased the lands as early as 1667. The legal decree granting them distilling rights though is dated 1690.