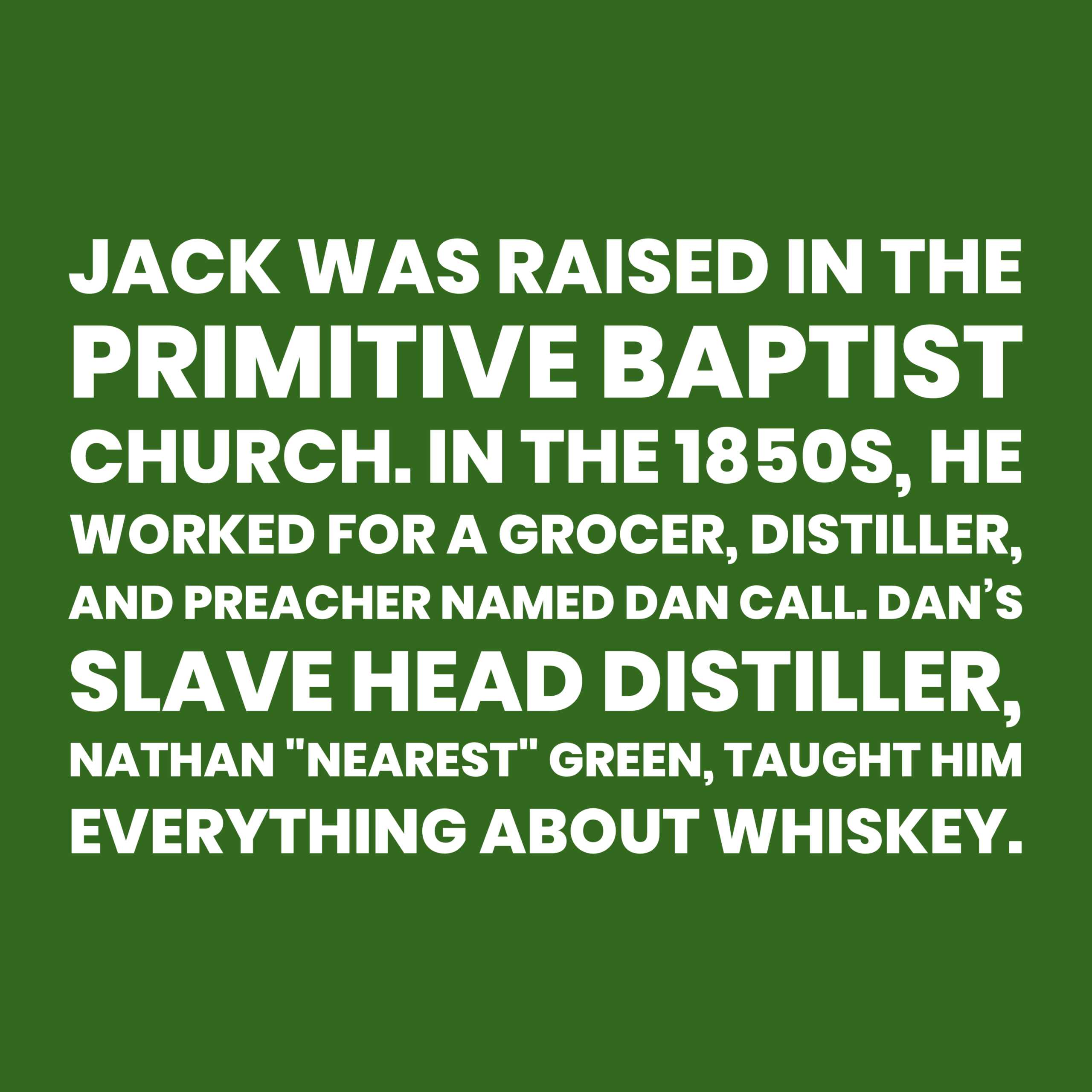 Jack was raised in the Primitive Baptist Church. In the 1850th

he worked for a grocer, Distiller, and Preacher named Dan Call. Dan’s Slave Head distiller, Nathan “Nearest” Green, taught him everything about whiskey.

Reverend Daniel Call was a Lutheran minister and business man in Lynchburg, TN. During the 1860th he owned a general store with a whiskey still operating in the back of the store. Jasper Newton “Jack” Daniel (1849–1911) started working for Call at young age learning from him and “Nearest” Green the art of whiskey making and selling.

Daniel and Call formed a distillery named at first “Daniel & Call Distillery No. 7, District #4”. When the Temperance movement forced the Reverend to sell his share in the whiskey business  to Daniels, he moved the Jack Daniels Distillery to its today location.