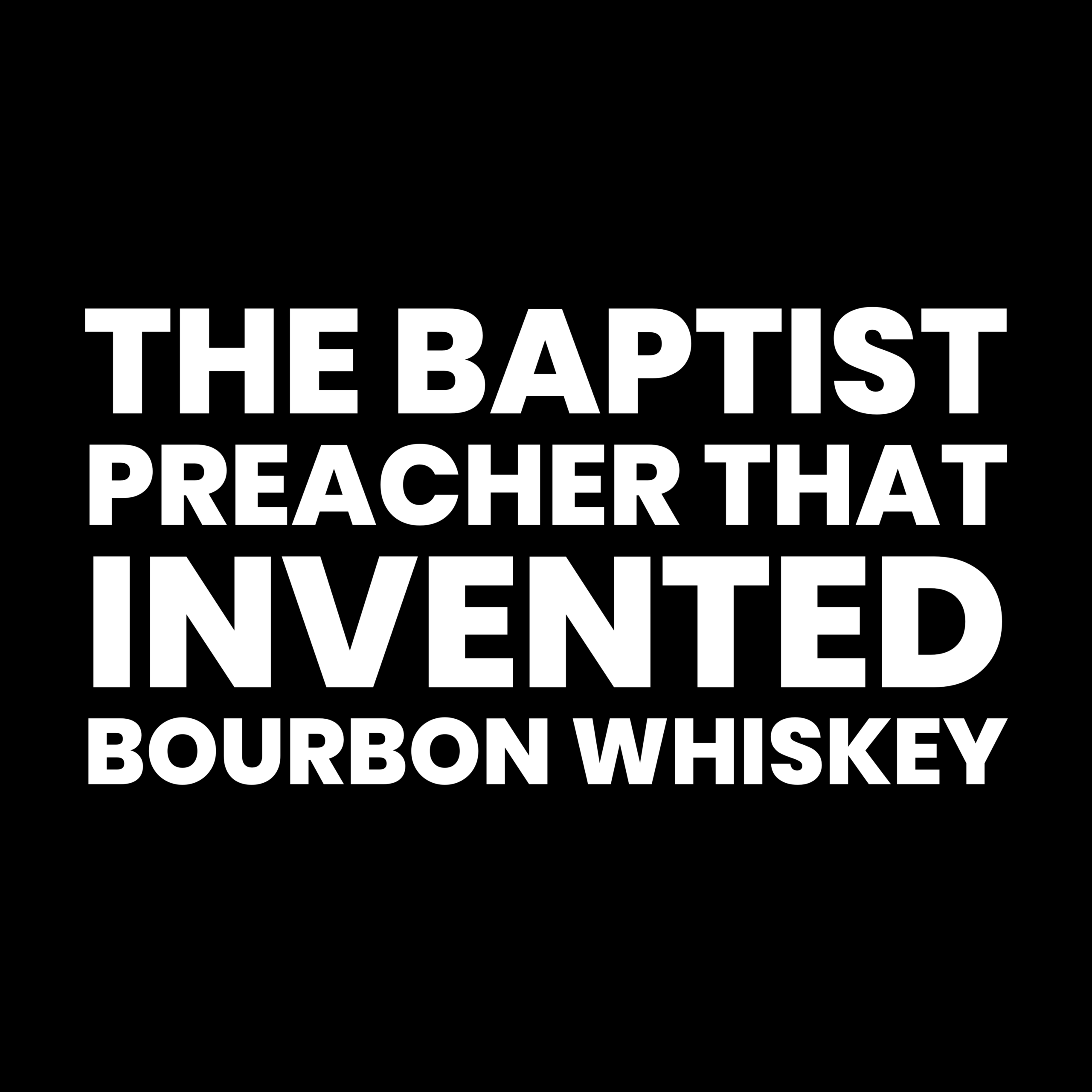 In early distilling history, many Baptists used spirits; some even brewed beer and distilled whiskey.

One famous example of a deeply religious distiller is Elijah Craig, a Baptist preacher that even went to jail for his religious beliefs.

So, what changed the Baptist’s belief to favor tee over spirits? According to Baptist historian Bill Leonard it is just since the days of the  American Temperance Movement  that Southern Baptists stated to “have always stood for total abstinence” from beverage alcohol. And, there are other nations worldwide where alcohol consumption is not an issue among Baptists. So, this is truly a remainder of the American Temperance Movement. Read more about Baptist history on alcohol: not totally teetotaling.