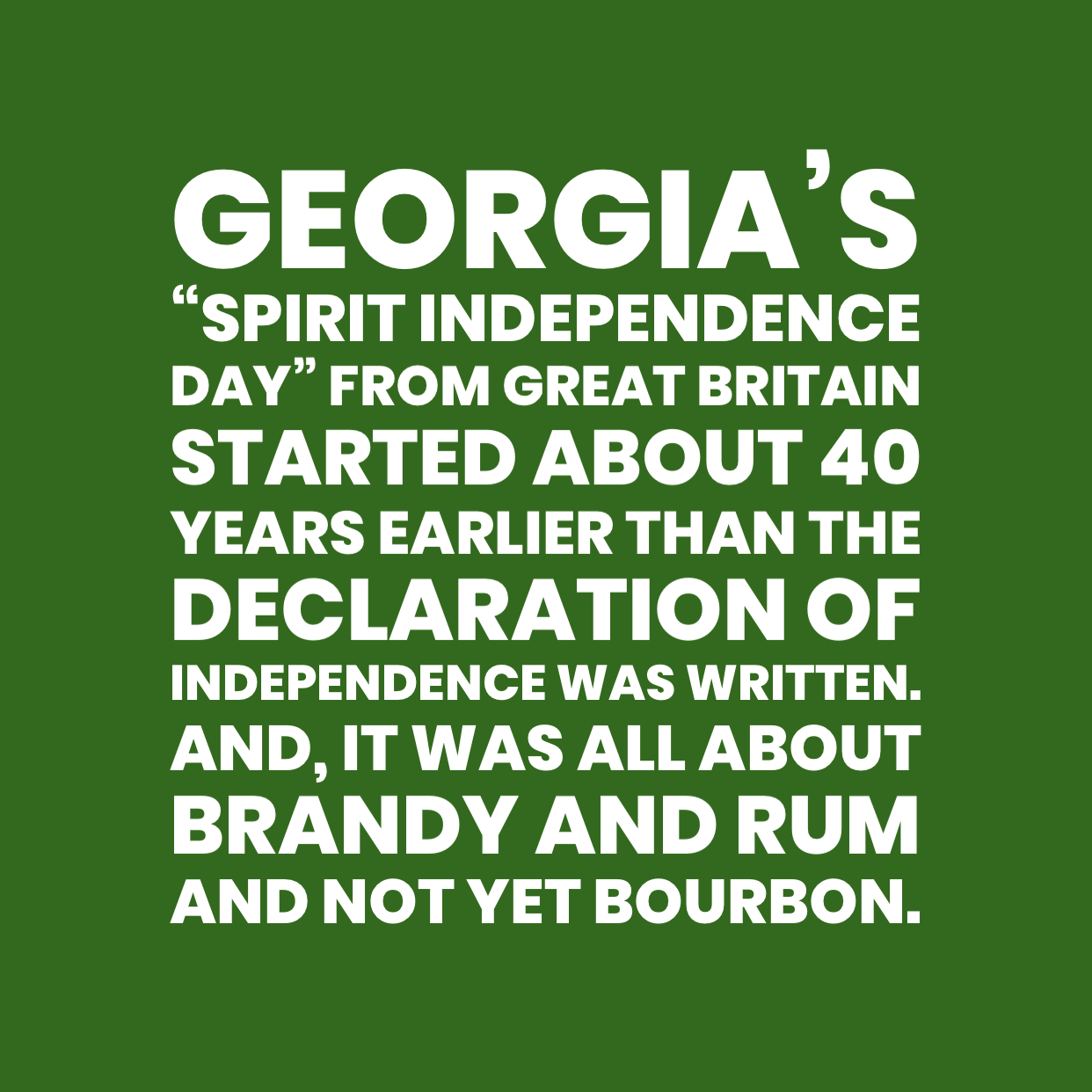 marks the moment Americans decided to distill locally disregarding the laws of the British colonial powers.

American Spirit Independence is an important key to understanding American Independence as colonial distilling profits created the financials to declare independence of the British Colonial Power in 1776.

In the late 18th century there were at least 148 large distilleries in the British North American colonies of which most of them were specialized in the distilling of rum from molasses imported from the Caribbean.