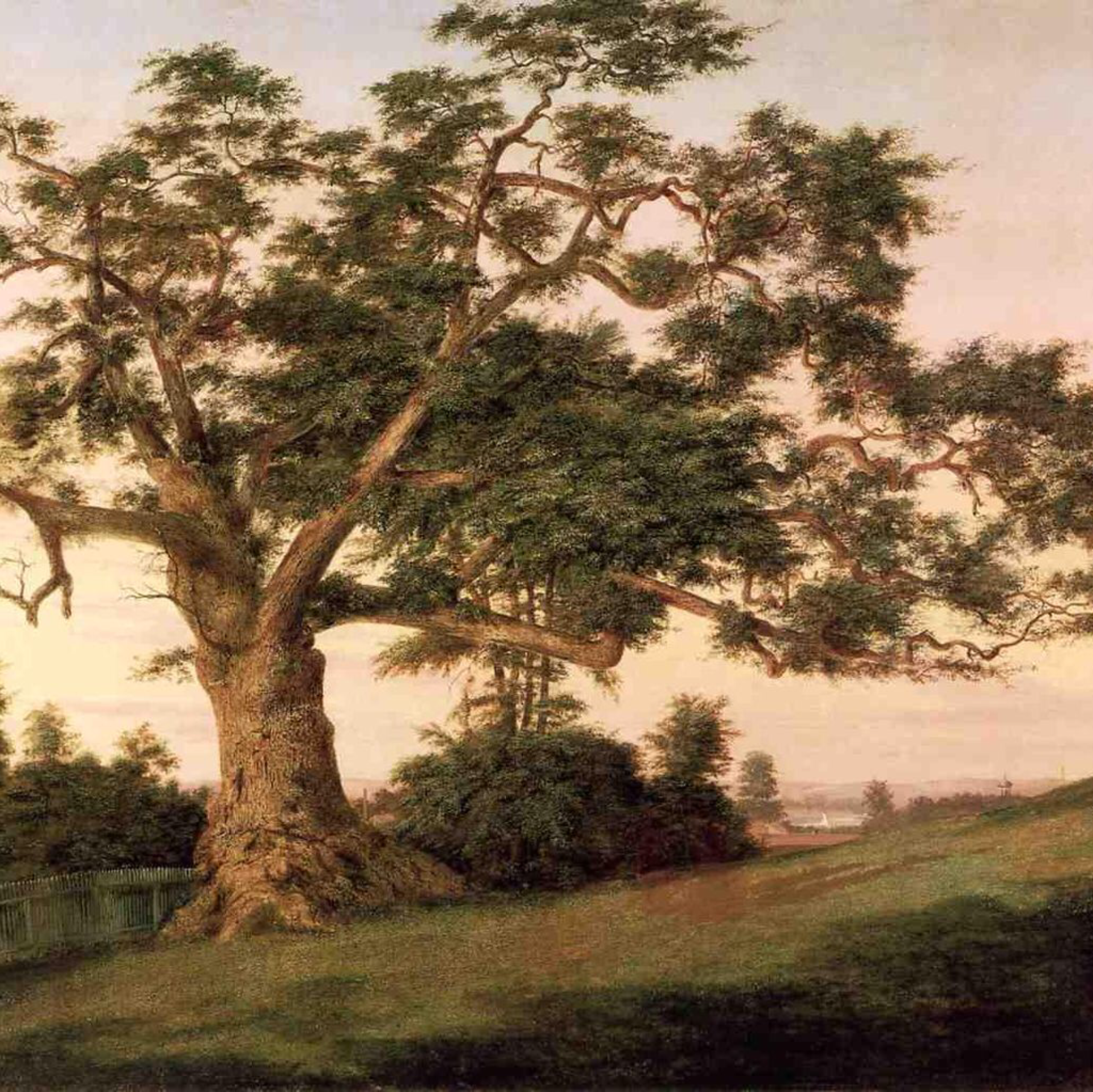 Did you know that Connecticut’s “Charter Oak”, the famous symbol for American Independence, was an unusually large white oak tree – the same type of tree that American Bourbon barrels are made from giving American whiskey its distinct vanilla taste?

The colony of Connecticut was granted a Royal Charter by King Charles II. that permitted the colony to make some of its own rules and to elect certain officials. In 1685 his successor James II disapproved of the Royal Charters and demanded their return as he intended to rule the colony under the leadership of one royal official.

According to legend the Royal Charter was hidden in the trunk of a large white oak tree where it was protected from the King and from Sir Edmond Andros, the Royal Governor of the Dominion.

American white oak  is commonly used for oak barrels, and, by federal regulation, bourbon whiskey must be aged in charred new American oak barrels which underlines American White Oak as an American symbol.