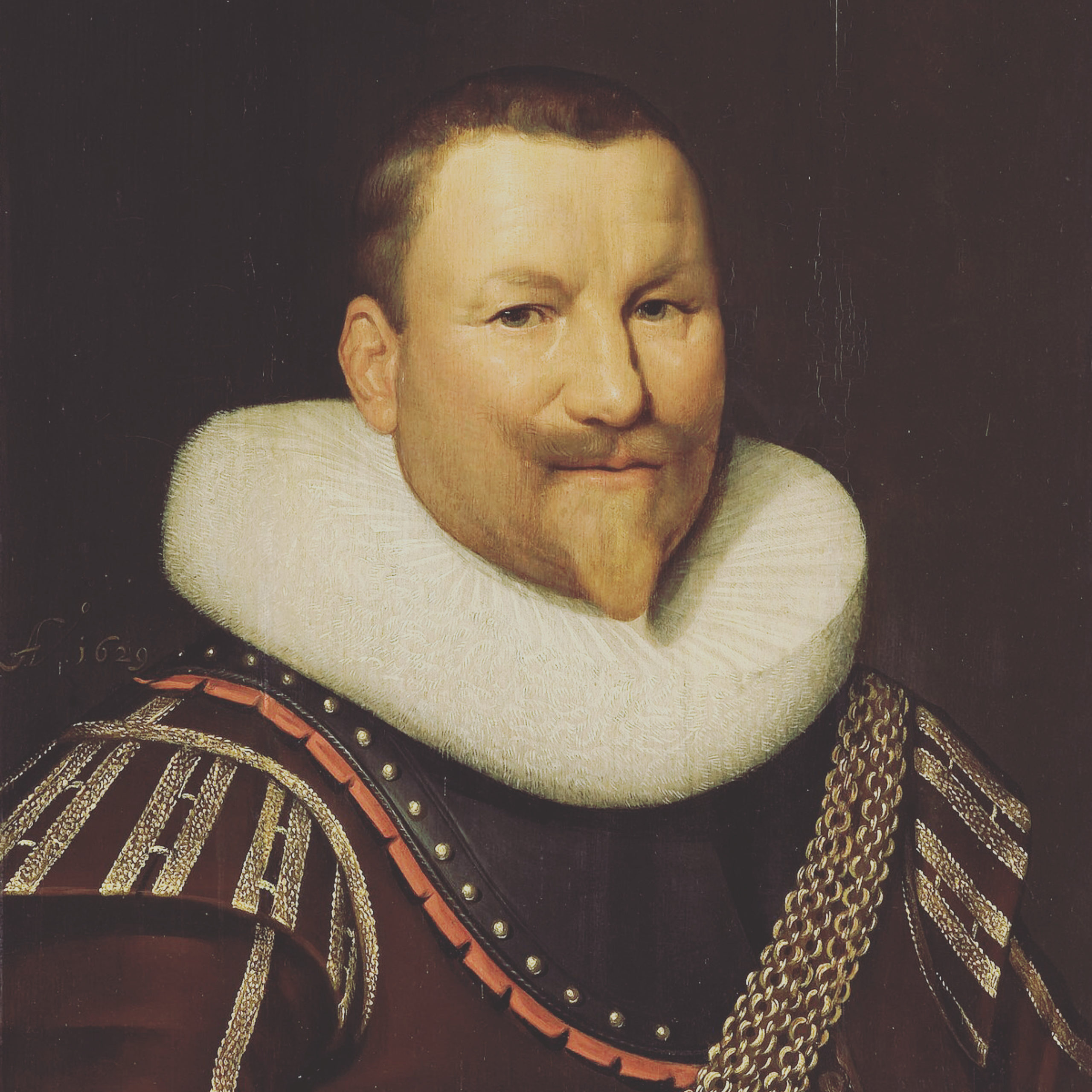 The first pirate of the Caribbean.

Piet Pieterszoon Heyn (1577-1629) was an admiral of the northern Dutch WIC, which was founded to weaken the Spanish militarily and economically during the Eighty Years’ War. Piet Heyn is best known for capturing of the Spanish silver fleet off Cuba in 1628. The Spanish silver fleet booty of 1628 is estimated at twelve million guilders which today corresponds to a value of around one billion USD. The loot enabled the Dutch government financially to finance a larger army in its ongoing war against Spain and to conquer the strategically important city of ‘s Hertogenbosch. According to Christoph Driessen, the capture of the silver fleet “marks the turning point in the second half of the war against Spain”.

Piet Heyn may well be the first “Pirate of the Caribbean”, though as a Dutch privateer he was likely drinking Genever and not rum.
Read more about rum history.