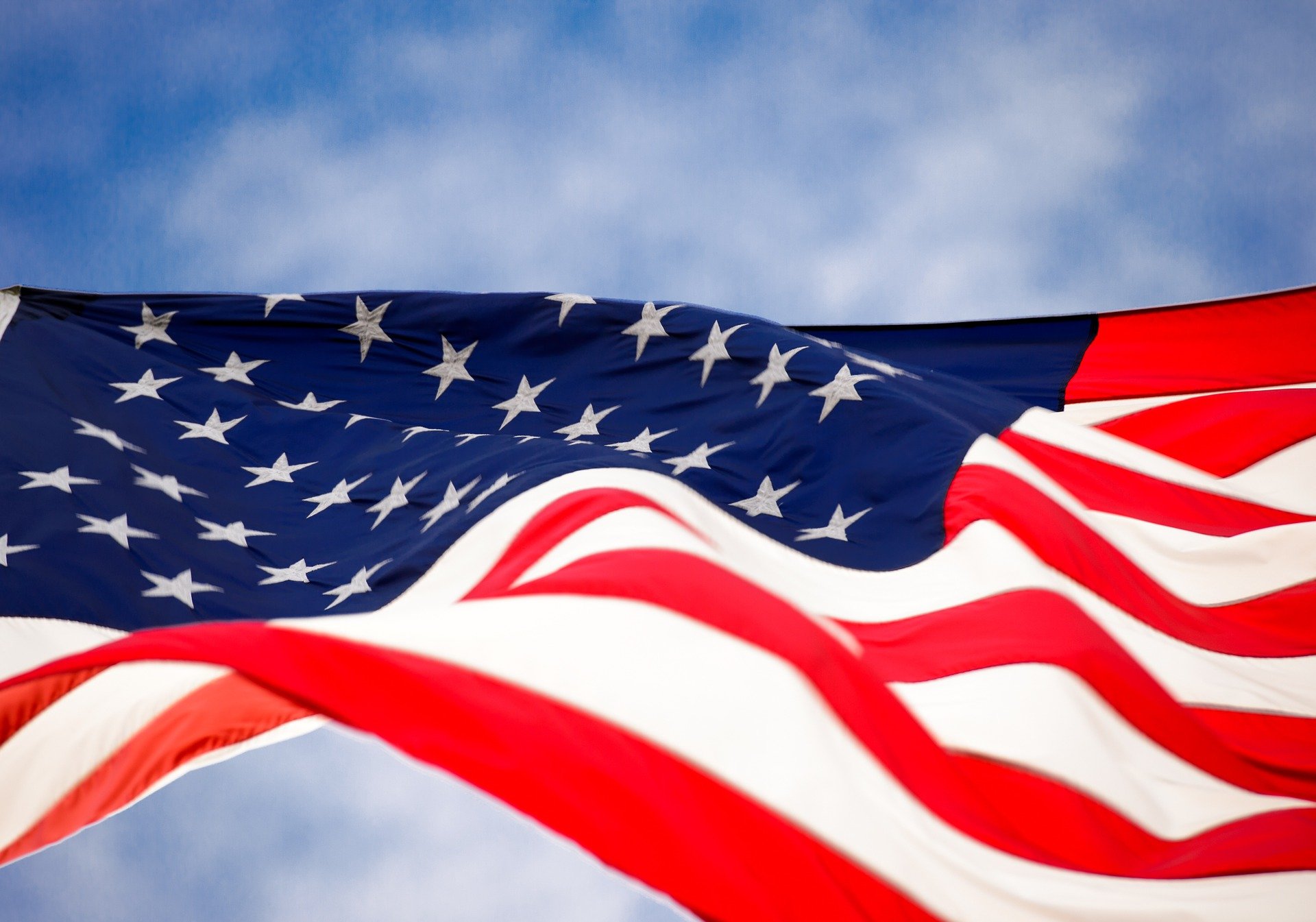 We can prove that America’s commercial distilling history is much older than the Scottish, and maybe even older than rum distilling in Barbados. North American settlers operated the first known commercial distillery in the New World in the early 17th century, with the focus solely on distilling. Early American pioneers were trading American brandy and American rum locally as well as internationally including to Europe, Africa, South America, and the Caribbean Islands. 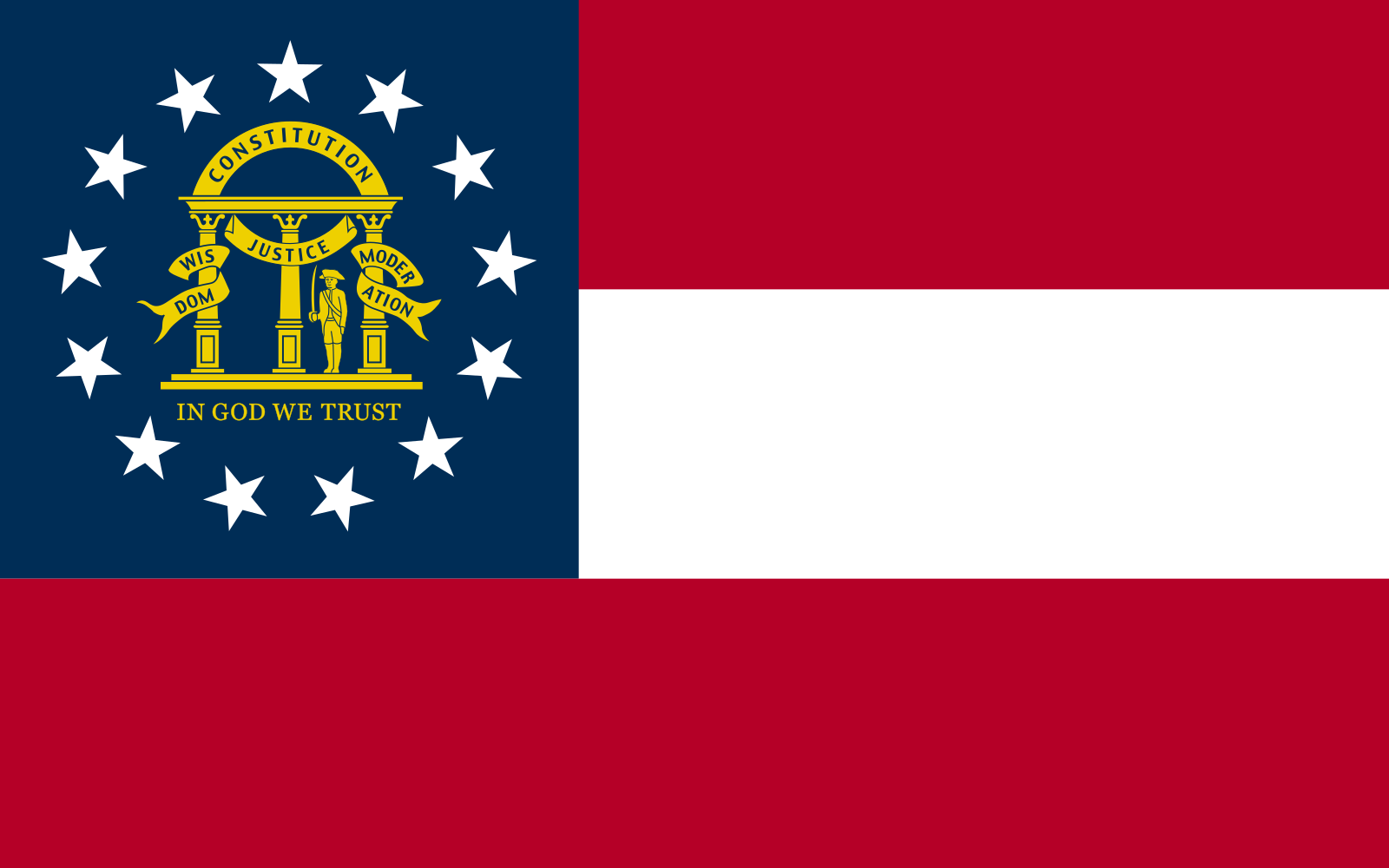 Distillates made exclusively in the United States of America from fresh fruits (including apples, grapes, and other native fruits grown in the US). American Brandy may be aged in new charred American Oak barrels, and must not contain any enhancing additives or colorings. American brandies shall claim similar product quality as the French Calvados (Apple Brandy) and Cognac (Grape Brandy), both protected products of France.

American Rum shall be distilled only from sugar cane, including sugar cane juice and/or sugar cane molasses. It may be aged in new charred American Oak barrels, and must not contain any enhancing additives or colorings. It must be produced in the United States of America and will be a signature quality product similar to Rhum Agricole, and Cachaça (protected products of French Caribbean and Brazil). 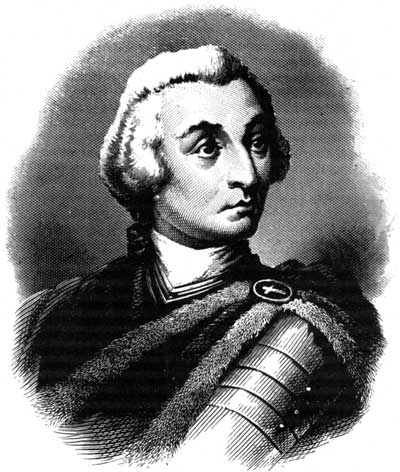 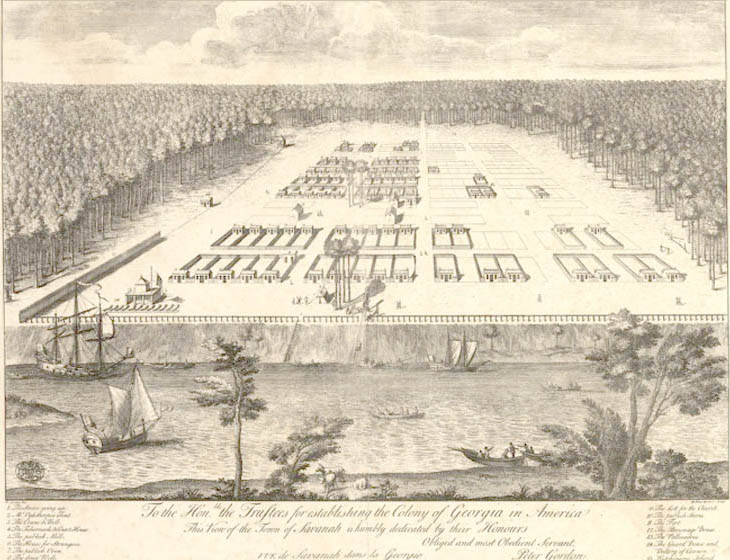 The success story of bourbon showed that protecting a product geographically is not only a marketing tool to mark up quality products for internationally sale: It has as well an important political element to secure jobs and employment in the designated geographical area, the United States of America!

Whereas American brandy and rum have to be produced in the United States, and be made solely from fresh fruit mashes and sugar cane products only, without allowing any additives to the final product, and the final distillates may be aged in new, charred American white oak containers.”

Tracing the history of distilling reminds us just how important it has been to our economy since the nation’s inception.
Christopher Brooks

A Brief History Of The American Apple (Malus)

The crab apple tree is the only malus species native to North America. Crab apples are edible but they may range in taste from sour to bitter even after cooking.

The first European settlers of Jamestown experienced this tartness of the crab apple fruit and decided to bring additional seeds and apple tree cuttings from the much sweeter European apple trees (malus domestica) to the colony. Due to this sour to bitter taste spectrum of local crab apples, it is likely that most of these apples were used to make cider and apple brandy where a tart and bitter component adds positively to the final product. And indeed, brandy and apple cider were common and popular drinks among the colonists. 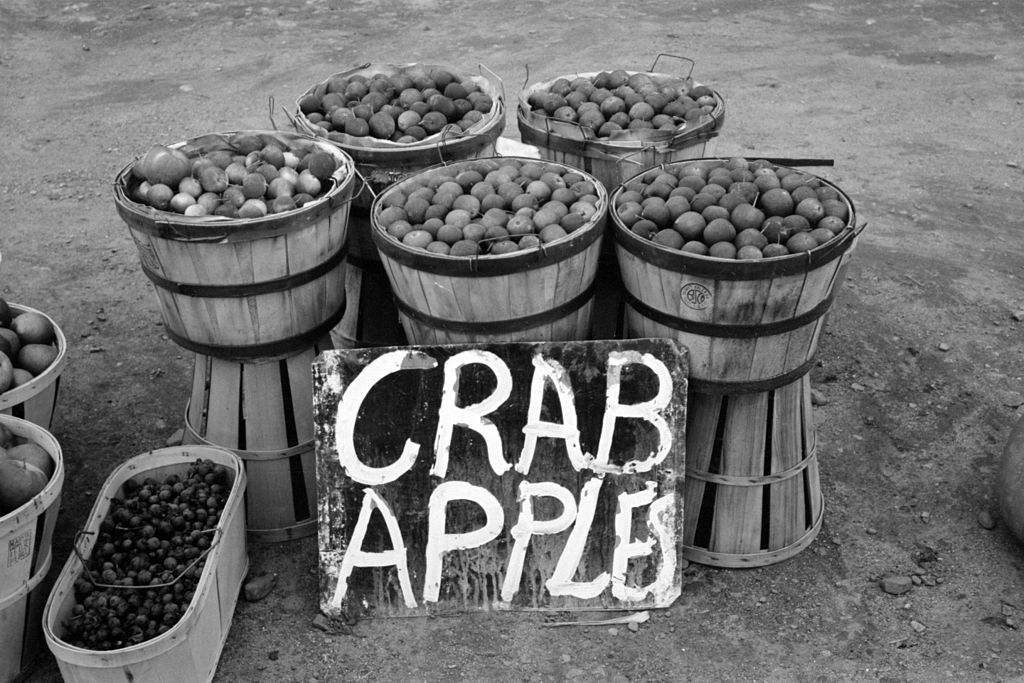 Flavor development in fruit is dependent on environmental factors such as temperature, relative humidity, and sunlight, and type of water and soils. 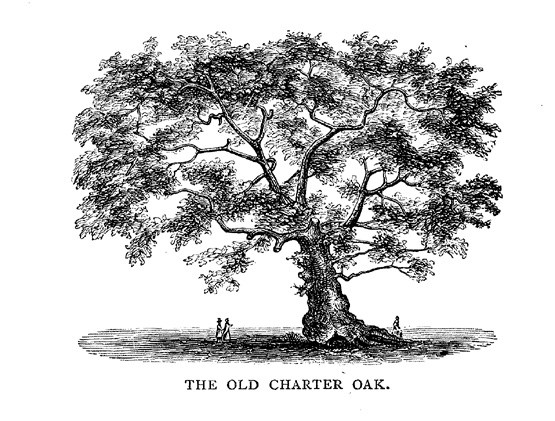 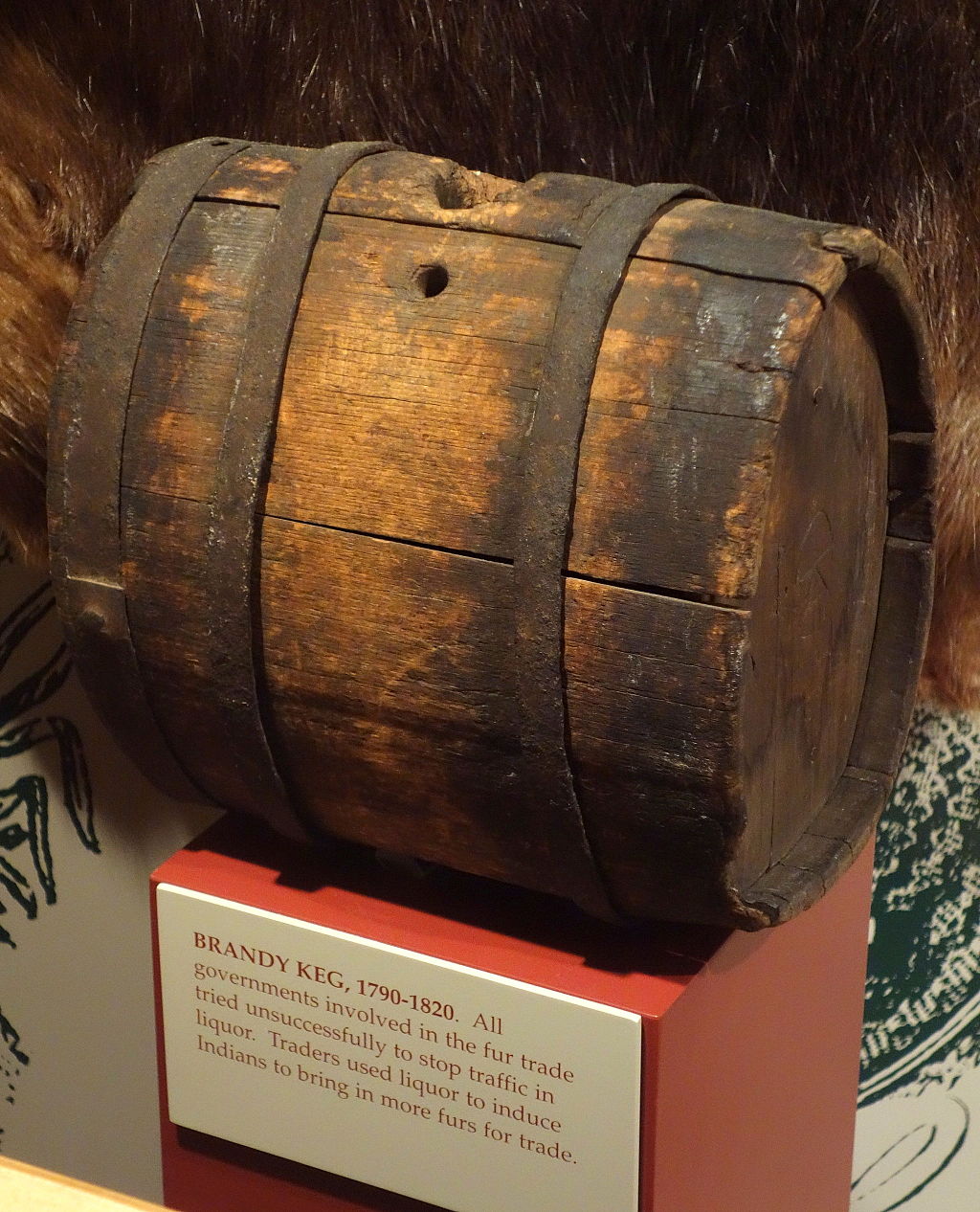 What about ceramic jugs?

Quercus alba, the North American white oak, is native to eastern and central North America. These oaks grow from from Minnesota, Ontario, Quebec, and southern Maine south as far as northern Florida and eastern Texas.

As this wood resists leaking it was used from the early 17th century on by North American coopers and distillers to create a unique, regional taste for their distillates aging and transporting their brandy, whiskey, and rum in North American White Oak barrels creating the typical toasty, caramel, nutty, and vanilla notes.

Coopers used fire and water to bend the wood and may have changed taste profiles of barrels doing so, whereas separate charring and toasting of barrels in different intensities for taste improvement became common knowledge after 1826 in North America.

Today, American White Oak barrels are mainly known for its usage of aging bourbon once, thus there is a large industry for used bourbon barrels worldwide as many other products worldwide are aged in used American white oak barrels, including wine, scotch, rum and beer.

“Without used American White Oak barrels many Scotch whiskys, and Caribbean rum would not taste as they do. These products soak out the delicious flavors of used bourbon barrels flavoring their own distillates other than creating a unique local flavor. Used American White Oak bourbon barrels are likely one of the most important flavor component in the spirits industry and a neglected factor honoring North American Distilling history and knowledge – as none of these international liquors dares to state on their label that without North American distillers and coopers this product would not even exist nor taste as it does.” 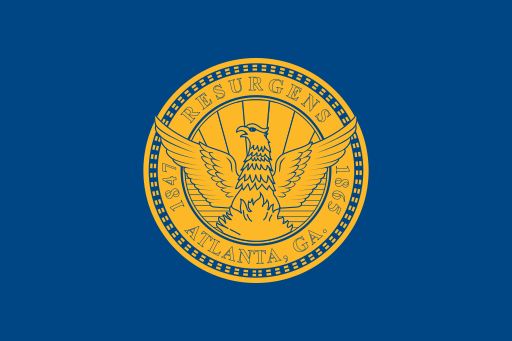 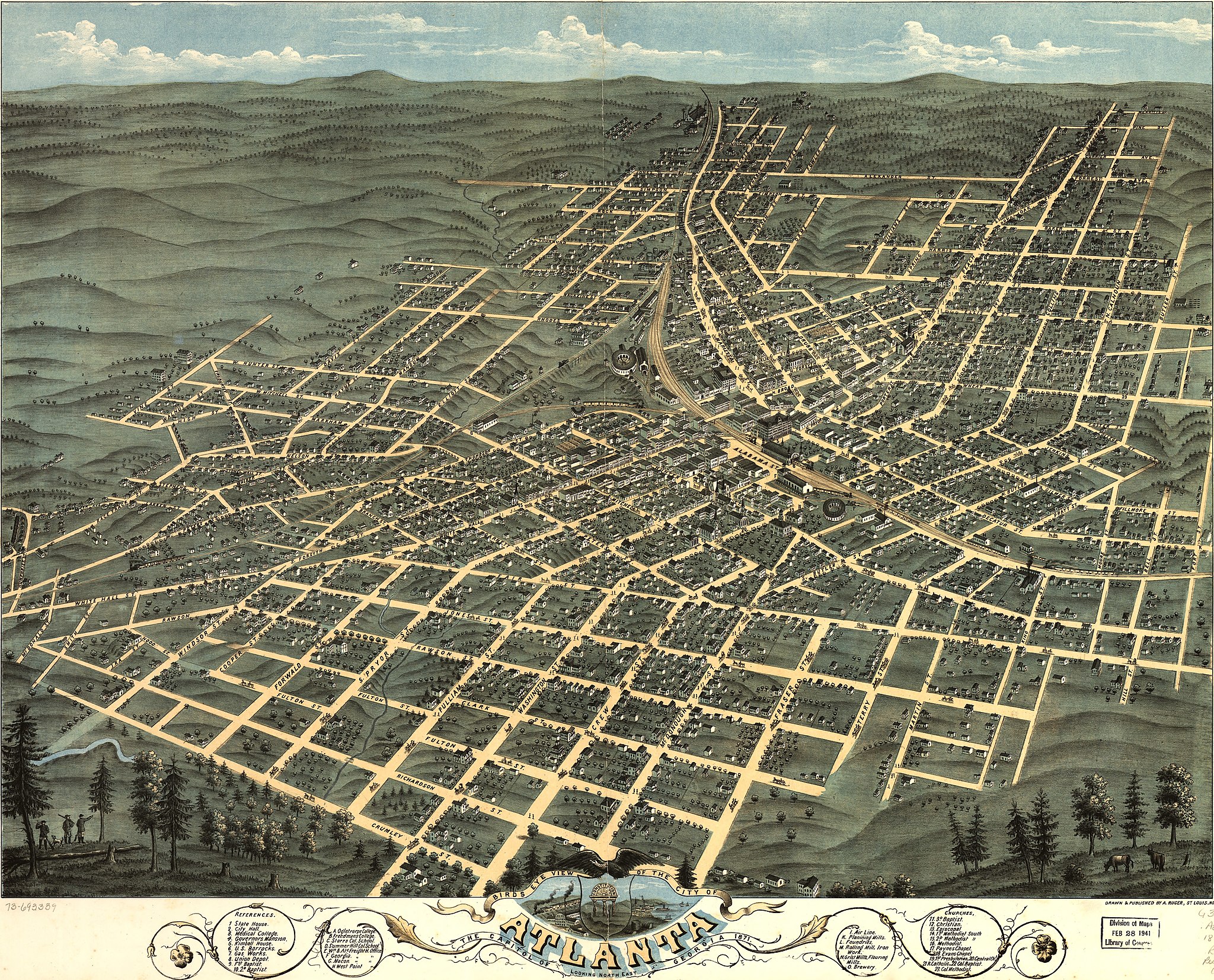 Atlanta is the Gateway to the South. It boasts a rich distilling history, and is the ideal place for starting tourist trails, especially given the ease of flying into Hartsfield-Jackson Airport from anywhere in the world.

Parallel to the idea of the Appalachian Trail, tourists could drive north either along the orchard routes to taste American brandy or along the coastal lines to enjoy visiting American rum distilleries.

Why Georgia’s Lead Is Important

This bill will not only change the perception of distilling history worldwide; it will also market the State of Georgia as today‘s signature production sites for American Brandy and American Rum, and the starting point for all three American distillery trails: the new “American Rum” and “American Brandy” trail, as well as the “Kentucky Bourbon” trails.

This bill will open an additional niche for the travel industry post Covid-19 creating local, open-air, quality events in the State of Georgia, especially as business travels are predicted to remain declined for a longer period of time.

We can repeat the success story of bourbon that began in 1964 by protecting and claiming today American brandy and rum as American signature quality product categories,  exclusively produced in the USA and following strict quality rules. Georgia should take the leading role in this bill to make Atlanta the Gateway to America’s distilling trails.

When Georgia  was established by James Oglethorpe in 1732 and first settlers arrived in 1733 Georgia was by law a dry colony – this was different to all the other British colonies in the North. In 1734/1735 the British Parliament passed another act prohibiting the importation of rum and brandies into the colony of Georgia emphasizing the king’s will of prohibition in the colony. History taught us that Georgia’s settlers operated the first illegal stills on the North American continent, disrespecting the will of the British parliament, making their own independent decisions more than 40 years earlier than the Declaration of Independence was drafted.

When in 1907 Georgia became the first State in the South to pass a statewide ban on the production, transportation, and sale of alcohol, Georgia took the lead again this time in the noble experiment. Prohibition in Georgia lasted until 1935, two years after the repeal of the Eighteenth Amendment and the end of national prohibition (1920-33). Historically speaking, Georgia took the lead to freely choose this time prohibition.

Georgia has always played a historically significant role in the spirits industry, and today connecting Atlanta’s business hub with local craft distilling experience and Georgia’s local agritourism with vineyards and orchards all over the State means to secure and create local jobs for Georgia and the United States of America.